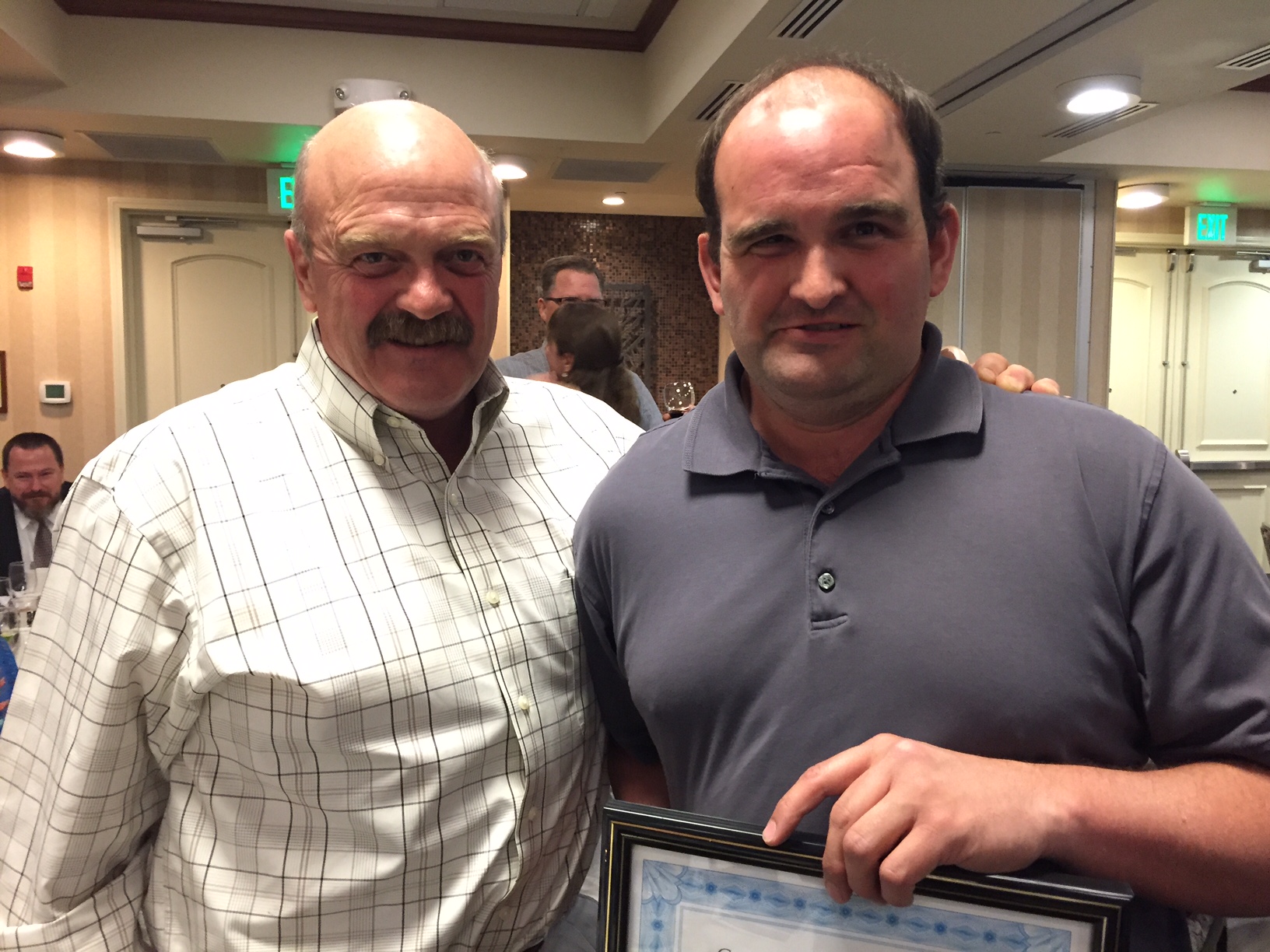 This year, the award was given to a very surprised Ricky Brennan, a resident of the Rose House. Ricky was invited to a “dinner” by his father, Tim, and had no idea that he was joining over 100 community leaders for the evening of awards.

Fred Nystrom, the Executive Director of LEO, in his introduction of Ricky said in part:

“Ricky is an active Aktion Club member with the Kiwanis and has worked for the past 16 years at the Issaquah Costco Warehouse. And by the way, for you employers looking for faithful employees, Ricky has never missed a day of work in all that time. One of the things Ricky enjoys doing is helping the Kiwanis Club set up their food stand for the Concerts on the Green. He is described by the Kiwanians as getting things done quickly and correctly. He has also volunteered on many other fundraisers.

Ricky is proof that we each have the capacity to give back to our community and by doing so, we help to improve the quality of life for everyone.”

Well done, Ricky! We are so proud to have you in the LEO family.

We use cookies on our website to give you the most relevant experience by remembering your preferences and repeat visits. By clicking “Accept All”, you consent to the use of ALL the cookies. However, you may visit "Cookie Settings" to provide a controlled consent.
Cookie SettingsAccept All
Manage consent

This website uses cookies to improve your experience while you navigate through the website. Out of these cookies, the cookies that are categorized as necessary are stored on your browser as they are essential for the working of basic functionalities of the website. We also use third-party cookies that help us analyze and understand how you use this website. These cookies will be stored in your browser only with your consent. You also have the option to opt-out of these cookies. But opting out of some of these cookies may have an effect on your browsing experience.
Necessary Always Enabled
Necessary cookies are absolutely essential for the website to function properly. This category only includes cookies that ensures basic functionalities and security features of the website. These cookies do not store any personal information.
Non-necessary
Any cookies that may not be particularly necessary for the website to function and is used specifically to collect user personal data via analytics, ads, other embedded contents are termed as non-necessary cookies. It is mandatory to procure user consent prior to running these cookies on your website.
SAVE & ACCEPT